Tracy Jane Murrey, Artistic Director of Dramatic Productions, tells us more about what audiences can expect this summer...

The Wimborne Rep season from Dramatic Productions runs from 25 July - 10 August at the Tivoli Theatre, featuring a new play each week. Tickets are on sale now from the Tivoli ticket office on 01202 885566 or online at www.tivoliwimborne.co.uk 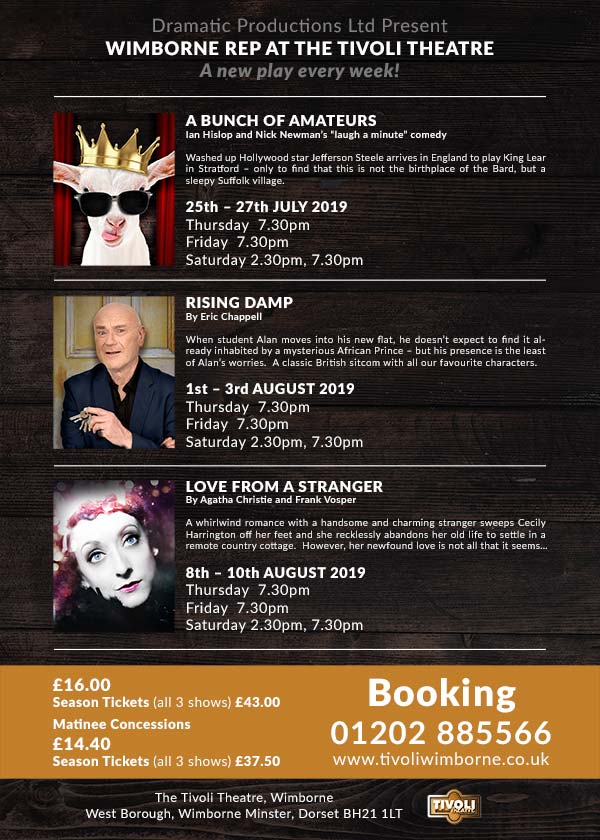